Aurora kinases are serine/threonine kinases that play a prominent role in mitotic regulation. The Aurora A kinase, the “polar” kinase resides at spindle poles during mitosis. It is implicated in the control of centrosome duplication, maturation, and separation. Aurora A is important for the formation of a bipolar mitotic spindle. Aurora B, the “equatorial” kinase, is part of a chromosome passenger complex. It controls the organization of the centromere-kinetochore region. It has relation to the control of microtubule-kinetochore attachment. Later in the cell cycle, Aurora B plays a prominent role in cytokinesis. Aurora kinases have drawn attention as potential targets in hematological neoplasms due to their high expression and biological functions. In this study, Reversine is a novel class of ATP-competitive Aurora kinase inhibitor. Acute lymphoblastic leukemia (ALL) is an aggressive hematological cancer. 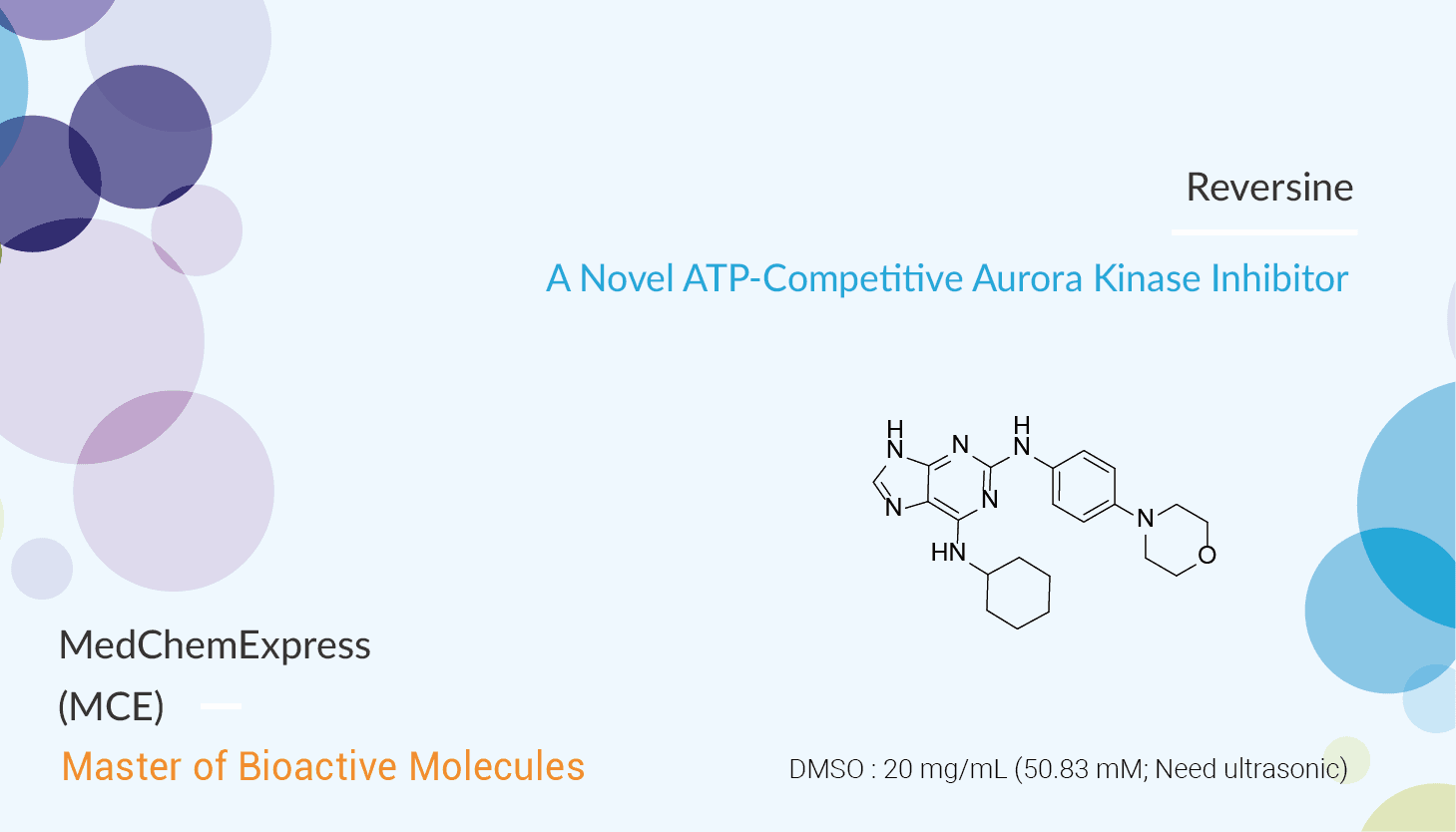 Reversine is a substituted purine analogue. It is a potent Aurora kinases inhibitor. The IC50s are 400, 500, and 400 nM for Aurora A, Aurora B, and Aurora C, respectively. It inhibits colony formation of human acute myeloid leukemia cells. Reversine also promotes cell differentiation causing the differentiation of neuronal NT2 cells and human promyelocytic leukemia cell line HL60. Moreover, Reversine is probably also an inhibitor of nonmuscle myosin II. Furthermore, Reversine reduces the viability of ALL cells by triggering multiple cell death mechanisms, including apoptosis, mitotic catastrophe, and autophagy. In a word, Reversine exerts cytotoxic effects through multiple cell death mechanisms in acute lymphoblastic leukemia. Thus, it is a potential anticancer agent for ALL.

In summary, Reversine is a class of ATP-competitive Aurora kinase inhibitors. It induces dedifferentiation of murine myoblasts into multipotent progenitor cells. Thus, it might be a useful agent in cancer chemotherapy.

Daunorubicin is a Topoisomerase II Inhibitor with potent Antineoplastic Activities

CKI-7 is a Dual CK1 and Cdc7 Kinase Inhibitor