Lysine-specific histone demethylase 1A (LSD1) also known as lysine (K)-specific demethylase 1A (KDM1A) is a protein in humans that is encoded by the KDM1A gene. LSD1 is a member of a broad family of monoamine oxidases that requires FAD as a cofactor to catalyze demethylase activity. In addition, LSD1 catalyzes demethylation at histone 3 lysine 4 methyl 1/2 (H3K4me1/2) resulting in a transcriptional epressive state. However, LSD1 can also demethylate H3K9me1/2 to act as a transcriptional activator in certain cellular context. LSD1 is vital in regulation of mammalian biology. Dysregulation and overexpression of LSD1 are hallmarks of a number of human diseases, particularly cancers that are characterized as morphologically poorly differentiated. 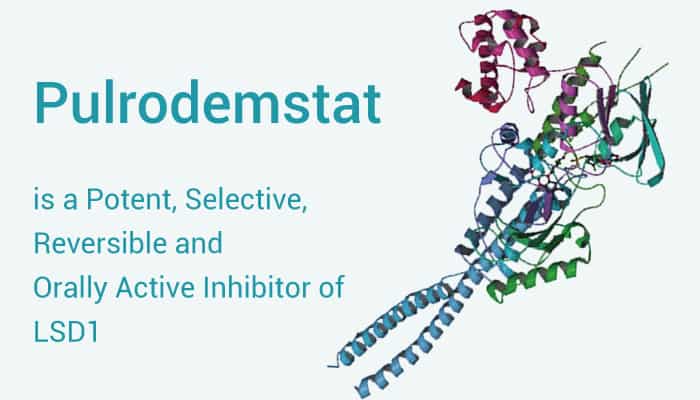 In summary, Pulrodemstat is a potent, selective, reversible and orally active LSD1 inhibitor, with anticancer effects.