The two kinase isoforms play their role in common signal with different mechanisms. They have effects on the formation of stress fibers (bundles of F-actin and myosin II) and focal adhesion complexes in cells. Over the years, the functions of Rock signals are expanding.
ROCK may be an attractive target for the therapeutic strategy to inhibit cancer. Some Rock inhibitors suppress phosphorylation of ROCK substrate MLC-2 in human cancer. At the same time, it also has effects on inhibiting anchorage-independent growth, migration, and invasion of cancer cells.

ROCK inhibitors, Fasudil, or H-1152 prolong the survival of mice transplanted with 32D cells bearing KITD814V or FLT3N51 cells.  Furthermore, Kim and co-workers demonstrate that Y27632 increases the rate of cancer cell engulfment by macrophage or dendritic cells. Some aminofurazan-based ROCK inhibitors, GSK 269962 and SB-772077-B, they have IC50 values 1.6 and 5.6 nM against
ROCK1 and 2 respectively.

In this article, we will introduce a potent ROCK inhibitor, HSD1590. 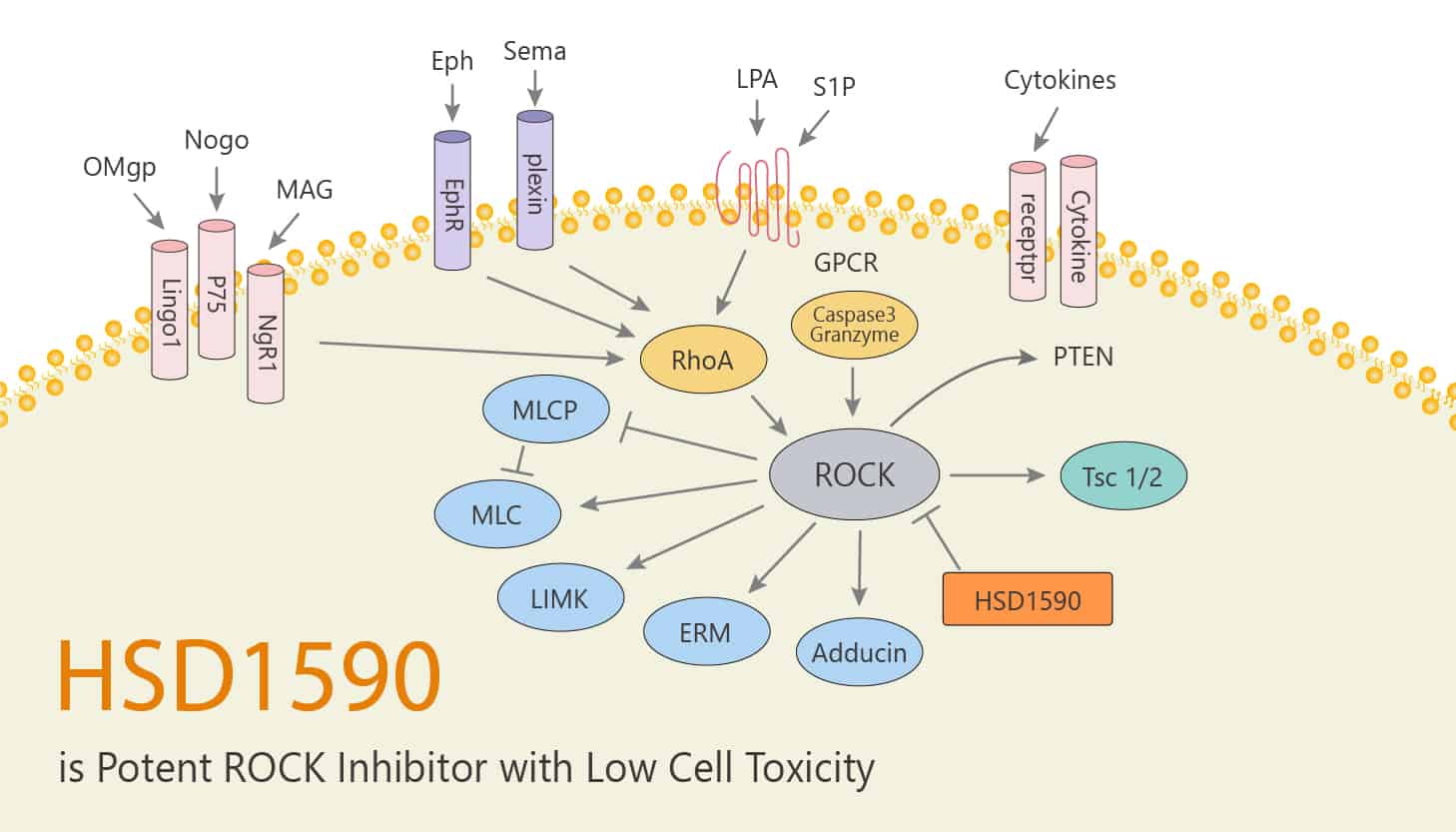 It exhibits an impressive attenuation in migration. Additionally, it shows that excellent migration inhibition due to cell death. HSD1590 shows inhibition of live cell migration with IC50s of 1.22 and 0.51 nM for ROCK1 and ROCK2, respectively.
It also exhibits single-digit nanomolar binding to ROCK (Kds<2 nM). HSD1590 displays low cytotoxicity. In MDA-MB-23 cells, it exhibits approximately 80% viability at 12 hours and yielded overall viability of 63% at 24 h.

In summary, we introduce a novel ROCK inhibitor with low nanomolar Kd for ROCK1 and ROCK2. Besides, it inhibits the migration of cancer cells at low micromolar concentrations.

LTX-315 is an Oncolytic Peptide with Potent Anticancer Activity