Niraparib is well tolerated in vivo and demonstrates efficacy as a single agent in a xenograft model of BRCA-1 deficient cancer. Niraparib displays good pharmacokinetic properties. Therefore, the PARP pathway and its inhibition offer a number of opportunities for therapeutic intervention in both cancer and other disease states. All in all, Niraparib is a PARP-1/2 inhibitor with strong anti-tumor activity. 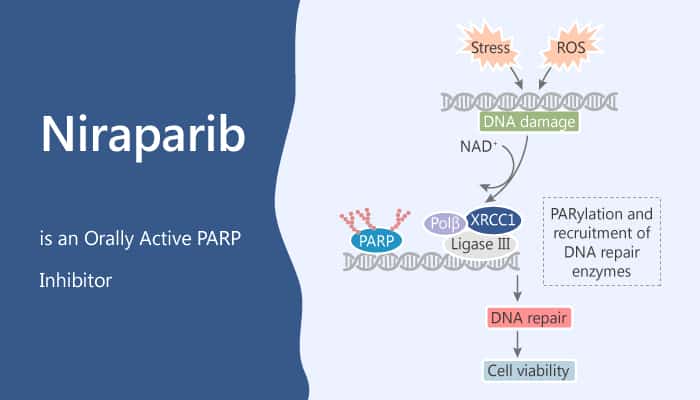