Deregulation of the Ras-MAPK pathway is an early event in many different cancers and a key driver of resistance to targeted therapies. Kinase suppressor of Ras (KSR) is a MAPK scaffold. KSR exhibits allosteric regulation through dimerization with RAF. In this study, researchers developed a class of compounds that stabilize the inactive state of KSR. They identify APS-2-79 as a small-molecule mimic of KSR alleles that suppress oncogenic Ras mutations. 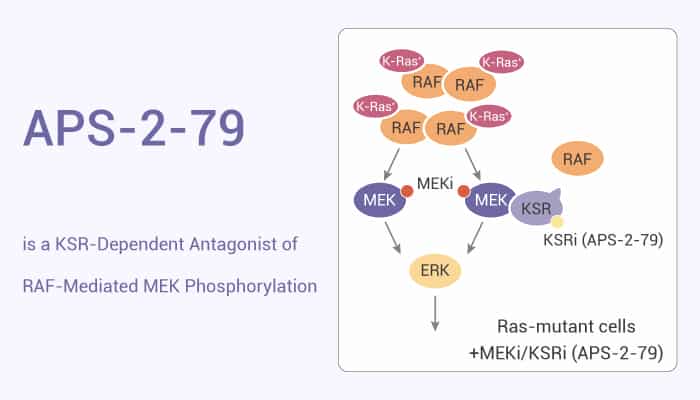 All in all, KSR acts as a druggable regulator of oncogenic Ras, and further suggests co-targeting of enzymatic and scaffolding activities within Ras–MAPK signalling complexes as a therapeutic strategy for overcoming Ras-driven cancers.

MSN-125 is a Potent Bax and Bak Oligomerization Inhibitor