The alternative name of serine/threonine kinase AKT is protein kinase B (PKB). Three closely related genes in humans: AKT1 (PKB-α), AKT2 (PKB-β), and AKT3 (PKB-γ) encode PKB. AKT is an important component of the PI3K/AKT/mammalian target of rapamycin (m-TOR) signaling pathway.  It also regulates fundamental cellular and physiological processes, such as cell growth and survival, apoptosis, transcription, migration, and protein synthesis. Meanwhile, PI3K/AKT/m-TOR signaling is one of the most frequently dysregulated pathway in the initiation and propagation of human cancers.

In this article, we will introduce a CRBN-recruiting degrader MS1750. 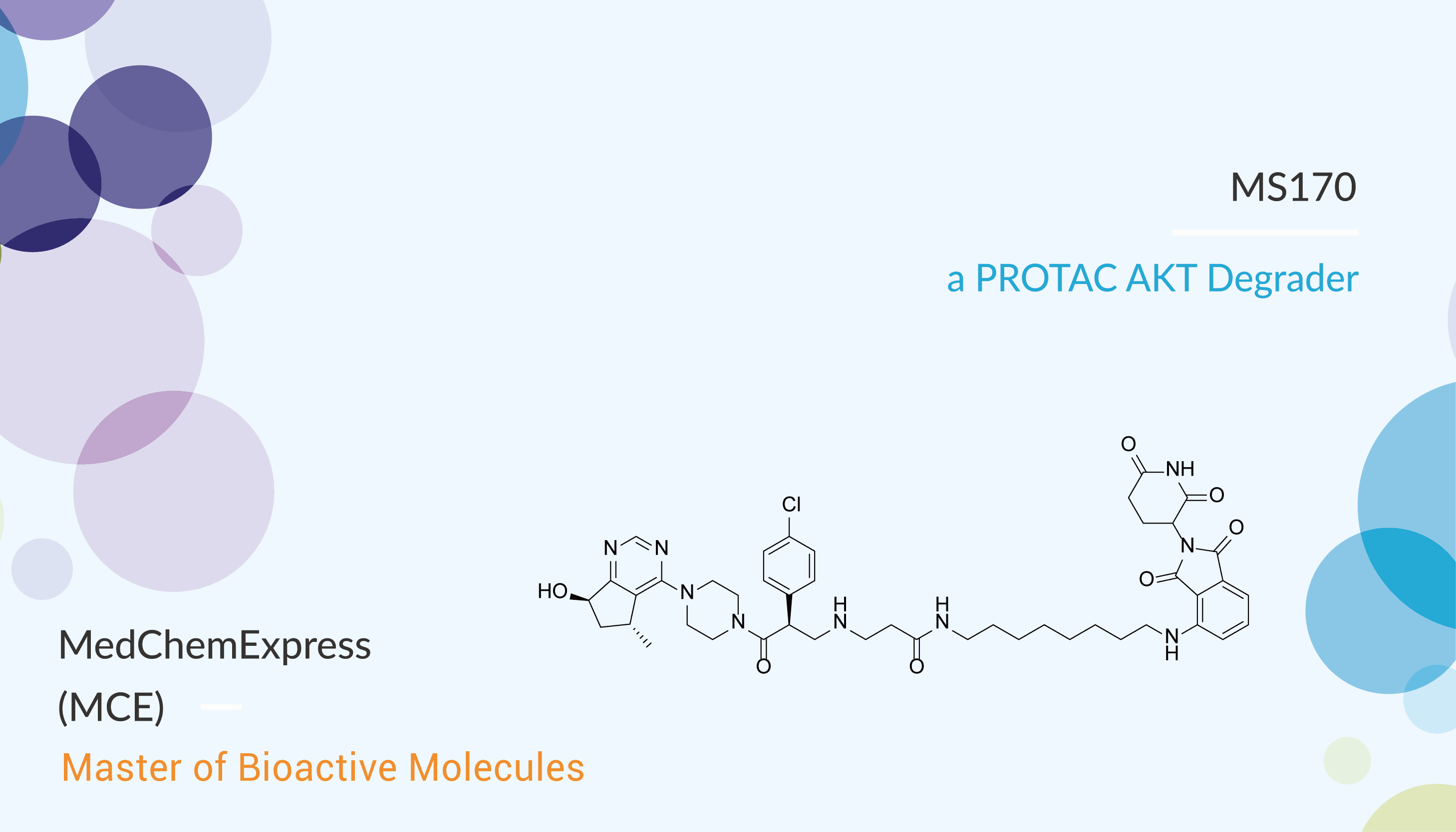 In the evaluation of CRBN-recruiting AKT degraders, MS1750 is the most effective AKT degrader without a “hook effect” and is also the most effective in inhibiting the downstream signaling, P-PRAS40 and P-S6. MS1750 concentration- and time-dependently induces T-AKT and P-AKT degradation (>95% degradation at 1 μM). In colony formation assay to detect cell growth inhibition effect, MS1750 exhibits potent inhibitory effect on BT474 cells and also suppresses the growth in multiple human cancer cell lines in the evaluation of antiproliferative activities.

In conclusion, MS1750 is a CRBN-recruiting degrader of AKT which could provide an effective study for numerous human cancers.

Embelin is a Nonpeptidic XIAP Inhibitor