Effective treatment for pancreatic ductal adenocarcinoma (PDAC) is an urgent, unmet medical need. Targeting KRAS, the oncogene that is present in >95% of PDAC, is a heavily pursued strategy but remains unsuccessful in the clinic. RAF or MEK inhibitors have failed to show clinical efficacy in PDAC. A report shows that SCH772984, an ERK inhibitor, is effective in suppressing xenograft growth of PDAC cells. It is partly through degradation of c-Myc and induction of senescence-like phenotype. This provides the first preclinical evidence in support of targeting ERK in PDAC. In this study, Ulixertinib is a reversible, potent, ATP-competitive kinase inhibitor targeting ERK1 and ERK2 (IC50 of <0.3 nM against ERK2). Moreover, Ulixertinib has promising preclinical efficacy and has clinical activity in <i>NRAS</i>- and <i>BRAF</i>-mutant melanomas. It also effectively inhibits in vitro growth of multiple PDAC lines and potentiates the cytotoxic effect of gemcitabine. 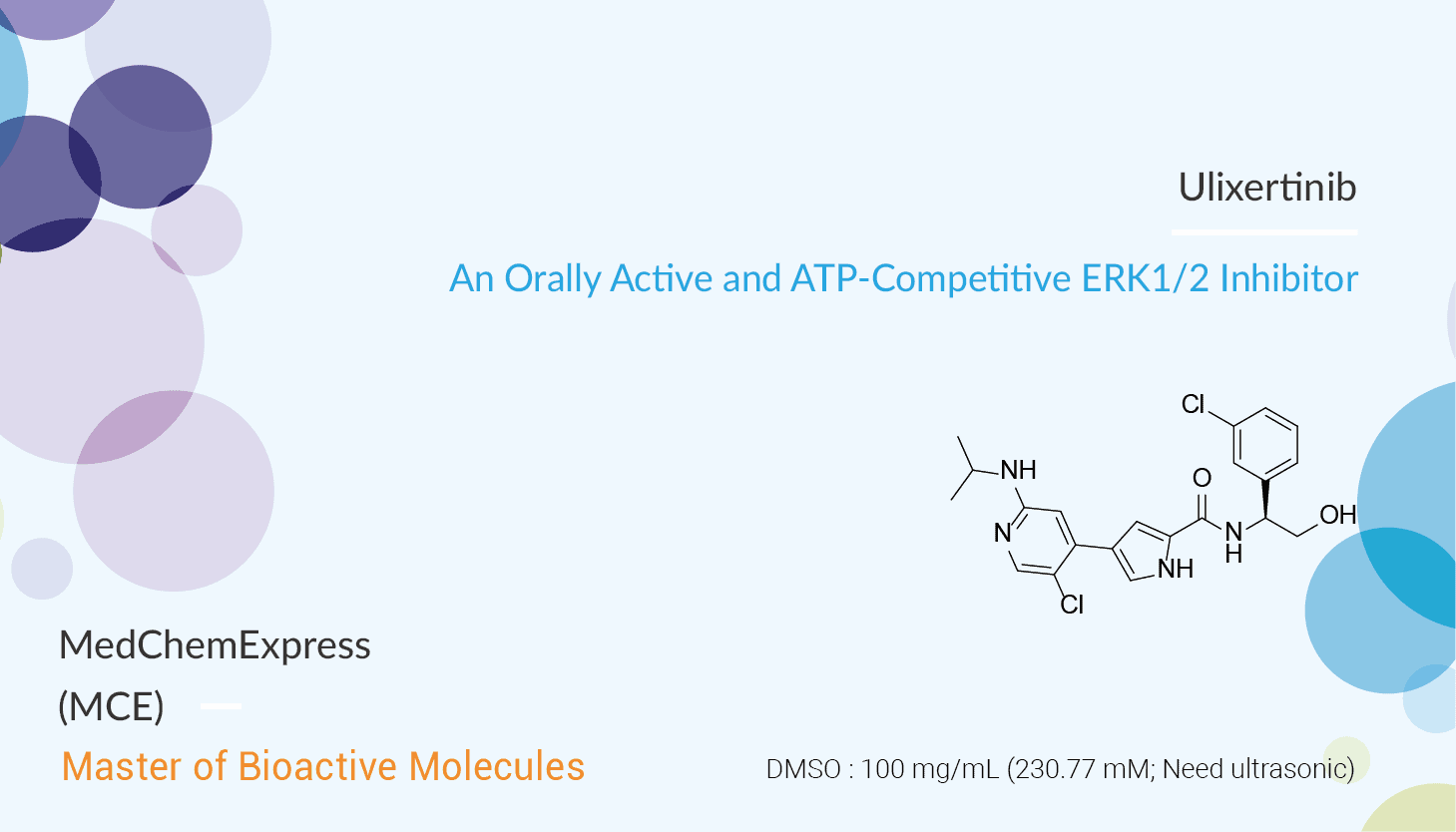 Ulixertinib is a highly potent, selective, orally active, reversible, and ATP-competitive ERK 1/2 inhibitor. It greatly potentiates the cytotoxic effect of gemcitabine. In addition, Ulixertinib potently suppresses the growth of <i>KRAS</i>and <i>BRAF</i>-mutant PDAC cells in vitro and synergizes with gemcitabine in attenuating PDAC growth in vitro and in vivo. Surprisingly, Ulixertinib upregulates phosphorylation of ERK1/2, MEK, and the parallel PI3K-AKT pathways. It is partly through the engagement of the HER/ErbB family proteins.

In summary, Ulixertinib has promising anti-tumor activity in patients with various tumor types and mutations in either <i>BRAF </i>or <i>NRAS</i>, including patients that had progressed on BRAF and/or MEK inhibitors. Ulixertinib also potently suppresses the growth of <i>KRAS</i> and <i>BRAF</i>–mutant PDAC cells in vitro and synergizes with gemcitabine in attenuating PDAC growth in vitro and in vivo.