Phospholipase is a member of a very complex group of enzymes that break down phospholipids into fatty acids and other compounds. Phospholipase D (PLD) is an enzyme of the phospholipase superfamily. There are two mammalian isoforms of PLD, coined PLD1 and PLD2, and despite conserved regulatory and catalytic domains. Moreover, plants contain numerous genes that encode various PLD isoenzymes, with molecular weights ranging from 90 to 125 kDa. Importantly, PLD is an important player in many physiological processes, including membrane trafficking, cytoskeletal reorganization, receptor-mediated endocytosis, exocytosis, and cell migration. Besides, PLD has been implicated in a human cancer cell progression (breast, renal, gastric and colorectal) as well as actin cytoskeleton reorganization and cell motility. 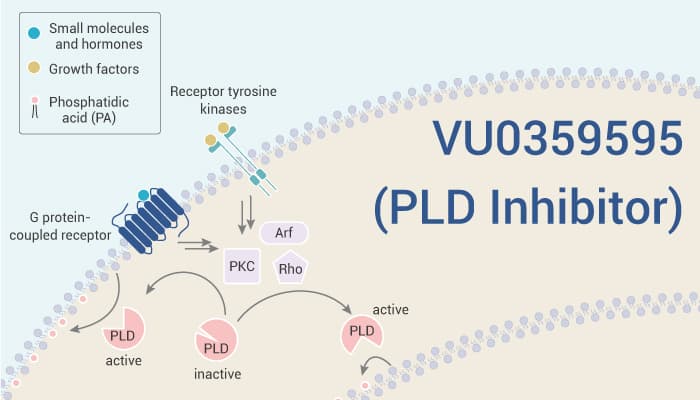 Pirarubicin, an Anthracycline Antibiotics, Acts as a Topoisomerase II Inhibitor