Human sFRP-1 is a 35 kD protein consisting of 313 amino acids. It containa 2 distinct structural domains, a netrin domain, and a cysteine-rich domain (CRD). The later domain is homologous to the Fzd receptor. sFRP-1 is thought to interact with Wnt via the CRD domain in a competitive manner with the Fzd receptor. Thus sFRP-1 is a negative regulator or an antagonist of the Wnt signaling pathway. Increased expression of sFRP-1 in OB cells results in suppression of Wnt signaling, leading to decreased OB survival, activation, and differentiation. Conversely, deletion of the sFRP-1 gene in mice results in increased Wnt signaling. Thus, it leads to OB activation, proliferation, and differentiation resulting in increases in trabecular bone. 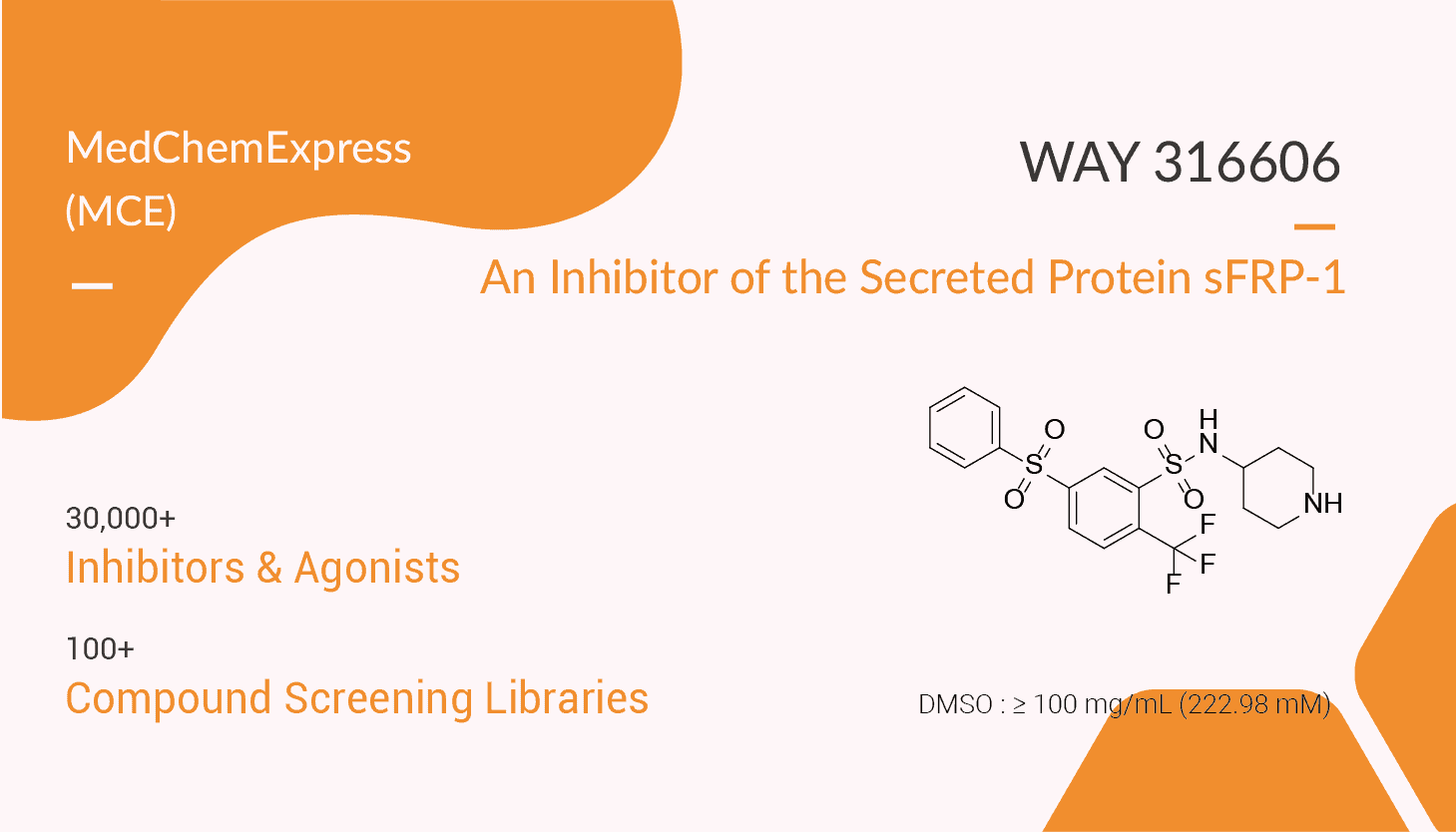 WAY-316606 increases bone formation when tested in a neonatal murine calvarial assay. This compound increases total bone area up to 60% in a dose-dependent manner with an EC50 of about 1 nM. It has good aqueous solubility, moderate to low inhibition of cytochrome p450 isozymes (3A4, 2D6, 2C9). This compound also has good stability in rat and human liver microsomes (t1/2>60 min in each species). In female Sprague-Dawley rats, WAY-316606 exhibits high plasma clearance (77 mL/min/kg, greater than hepatic blood flow) following a single intravenous bolus dose (2 mg/kg), which results in a rapid decline of drug exposure in the plasma despite the route of administration.

In conclusion, WAY-316606 has the potential for the research of cancer disease.

Seliciclib (Roscovitine) is an Orally Active and Selective CDKs Inhibitor