Humans have been using natural products for medicinal use for ages. Ginger (Zingiber officinale) is used as a condiment worldwide from times immemorial. Ginger has many health benefits in traditional medicine. It is due to diverse phytochemical constituents present in ginger which lead to promising health benefits. It is a traditional medicine, having some active ingredients used for the treatment of numerous diseases. Moreover, Ginger contains active phenolic compounds such as gingerols, paradols, shogaols, and zingerone. The presence of unsaturated ketone moieties in the bioactive metabolites of ginger imparts its potent antioxidant activity. 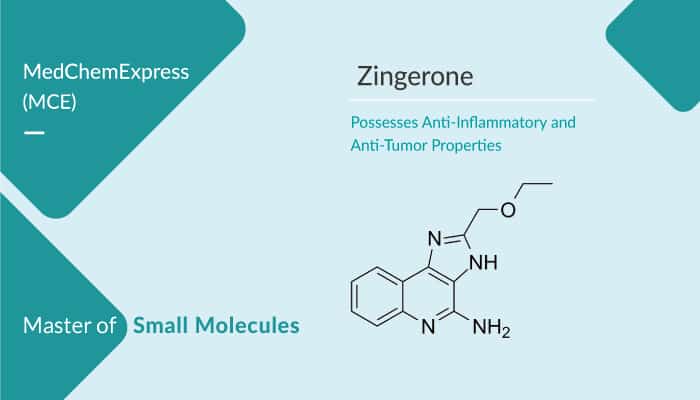 Zingerone has potential for research diseases like Alzheimer’s, diabetes, inflammatory and atherosclerosis diseases. For instance, Zingerone ameliorates diabetic nephropathy by downregulation of the NADPH oxidase 4 (NOX4) expression on administration of high glucose in kidneys and in HK-2 cells. Further, Zingerone reduces the mitochondrial injury and peroxidation of lipids, and downregulates some proapoptotic proteins like Caspases 3-9. In addition, Zingerone shows anti-cancer effects in rat colon cancer and anti-angiogenic activity during tumorigenesis.

SPH5030 is a Selective and Irreversible HER2 Inhibitor.