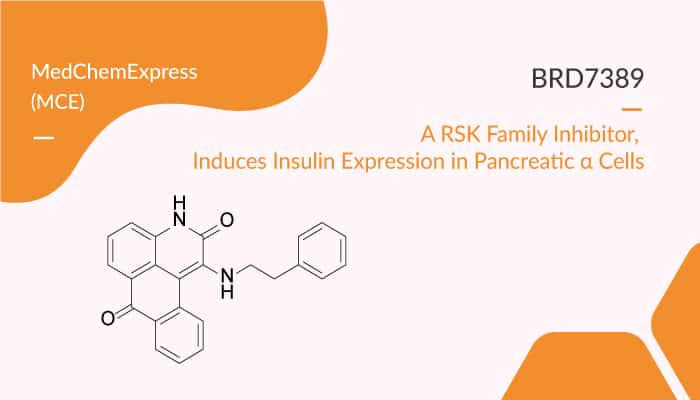 Besides, RSK is a major contributor to the triple-negative breast cancer (TNBC) metastatic program and provides preclinical proof-of-concept for the efficacy of the novel SL0101 analog in vivo.

Together, BRD7389 is an inhibitor of RSK1, RSK2, and RSK3. RSKs play an important role in cancer cell proliferation and indicate that RSKs are potential targets for cancer therapy.