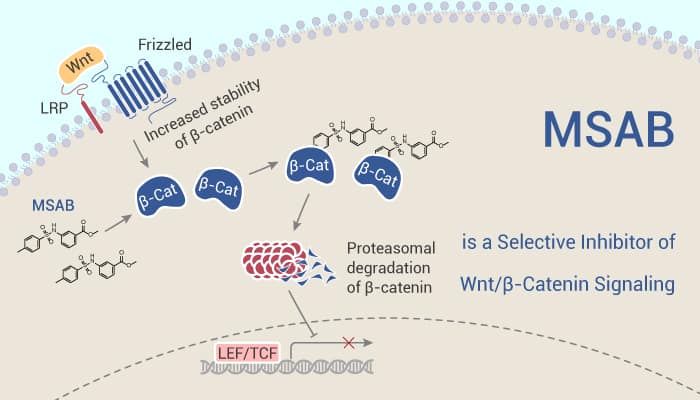 Together, MSAB increases ubiquitination and proteasome-dependent degradation of β-catenin, which leads to its inhibitory effect on the Wnt/β-catenin signaling pathway.

TAI-1 is an Orally Active and Highly Potent Hec1 Inhibitor