Circular RNAs (circRNAs) are a large class of transcripts in the mammalian genome.  CircRNAs are inherently resistant to exonuclease activity (resulting in higher stability than linear RNAs) and often show tissue- or developmental stage-specific expression. It suggests that they possess important biological functions. To date, circRNAs can act as microRNA sponges, to respond to and regulate neuronal synaptic function, and to manipulate gene transcription in the nucleus. In this study, PINT87aa is an 87-amino acid (aa) peptide  encoded by the circular form but not linear LINC-PINT. PINT87aa partially controls the cell proliferation and tumorigenesis of cancer cells. Upregulation of the expression of PINT87aa induces tumor-suppressive effects in vitro and in vivo. In a world, PINT87aa, a potential tumor-suppressive peptide, directly interacts with the PAF1 complex and inhibits mRNA transcriptional elongation. 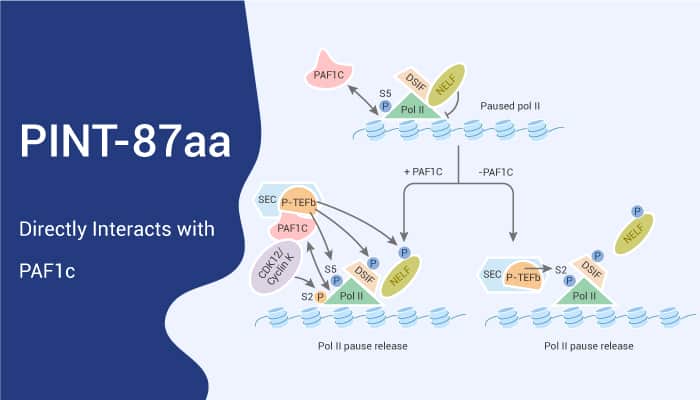 In summary, PINT87aa is an 87-amino acid peptide and a potential tumor-suppressive peptide. It directly interacts with polymerase associated factor complex (PAF1c) and inhibits the transcriptional elongation of multiple oncogenes. In addition, PINT-87aa suppresses glioblastoma cell proliferation in vitro and in vivo.

AMG-458 is a Selective and Orally Bioavailable c-Met Inhibitor

Gboxin is an Oxidative Phosphorylation Inhibitor That Targets Glioblastoma