Removal of N-terminal methionine by methionine aminopeptidases (MetAP) is a crucial step in the maturation of proteins during protein biosynthesis. Besides, MetAP-2 is one of the two cytoplasmic methionine aminopeptidases expressed in mammalian cells. Moreover, MetAP-2 acts as a target of the highly potent and irreversible inhibitor fumagillin to which antiangiogenic and antitumoral properties have been ascribed. These and other findings rationalize the development of MetAP-2 inhibitors for cancer therapy. This and other findings support the rationale to develop MetAP2 inhibitors for cancer therapy. In addition to the fumagillin class of MetAP-2 inhibitors, structurally divergent MetAP-2 inhibitors include substrate-like bestatin class. Furthermore, it also includes modified marine natural products like benzamide class, anthranilic acid sulfonamide analogs, triazole or purine derivatives and others. Structural investigations of this chemical matter revealed divergent interaction patterns. M8891 is an orally active, reversible and brain penetrant Methionine Aminopeptidase-2 inhibitor with antiangiogenic and antitumoral activity. 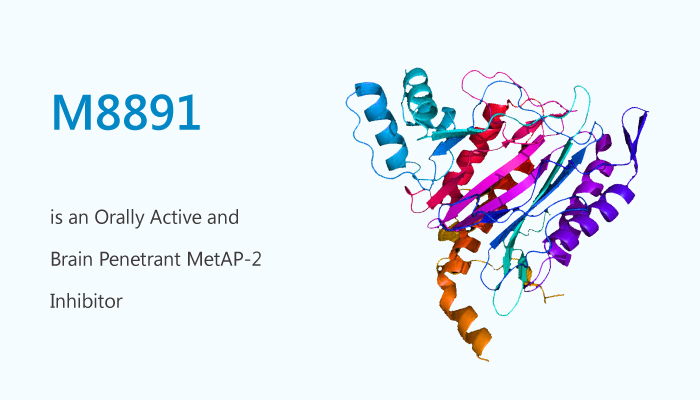 AMG-458 is a Selective and Orally Bioavailable c-Met Inhibitor

JCN037 is a Non-Covalent and Brain-Penetrant EGFR Inhibitor