Ras is a small GTPase and interacts with the protein Raf to create activated Ras-Raf complex that activates the downstream effectors in the ERK pathway. Malfunctioning Ras-Raf switches cause cancer. Ras-Raf interaction has taken a center stage in cancer research. Ras is a peripheral membrane protein that acts as a switch by binding to GDP or GTP. In particular, MCP110 is an inhibitor of Ras/Raf-1 interaction and blocks the interaction of Ras with Raf. 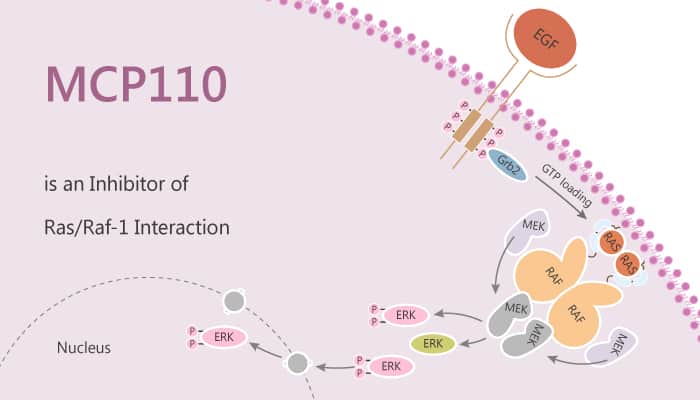 Taken together, these results highlight potent and specific effects of MCP compounds on cancer cells with intrinsic Ras activation.

AGN194204 is an Orally Active and Selective RXR Agonist

Cilengitide is a Selective Integrin Inhibitor for αvβ3 and αvβ5 Receptor