The epidermal growth factor receptor (EGFR) is a receptor tyrosine kinase that transduces mitogenic signals. When EGFR carries an activating mutation, it can be an oncogenic driver in lung tumors.

As a result, the next generation of EGFR TKIs should be highly active against the most common EGFR activation mutation.

Today, we will introduce the 4th generation TKI, BI-4020. 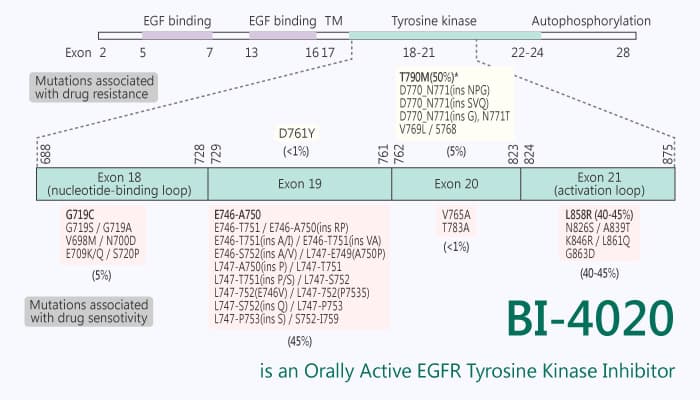 In this text, we will precisely describe its activities in vitro and in vivo.

BI-4020 is a fourth-generation, orally active, and non-covalent EGFR tyrosine kinase inhibitor. It is a promising compound that will be active in a clinical setting and has the potential for lung cancer treatment.