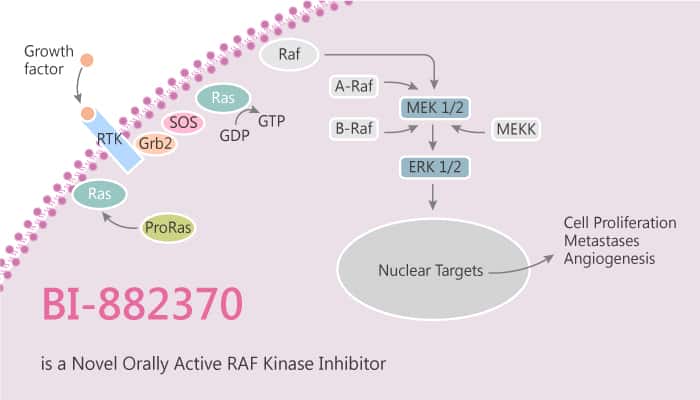 All in all, BI-882370 is a RAF inhibitor that exhibit a superior therapeutic window.

AZ31 is a Highly Selective and Orally Active ATM Inhibitor