Inhibitors of the enzyme topoisomerase I are cytotoxic for tumor cells because of their ability to cause DNA damage. Specifically, DNA Topoisomerase I (Top1) is one main cellular factor controlling topological homeostasis. Top1 activity can relax negative supercoils by cutting one of the DNA strands. This can create a transient Top1-DNA cleavage complex (Top1cc), and perform a controlled rotation of the cut strand around the uncut strand. Furthermore, persistent depletion of Top1 in mammalian cells leads to replicative stress and replication-transcription conflicts.  Finally, stabilization of Top1cc by Top1 inhibitors such as camptothecin and its derivatives leads to R-loop stabilization in human cells upon short treatment. Besides, Camptothecin (CPT), an alkaloid first isolated from the Chinese tree Camptotheca acuminate, is a topoisomerase I inhibitor. DRF-1042 is an orally active derivative of Camptothecin and acts to inhibit DNA topoisomerase I with good anticancer activity. 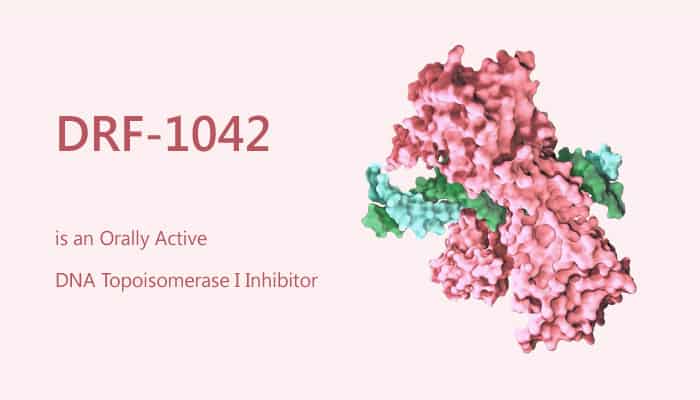 TNP-351, an Antifolate, is a Dihydrofolate Reductase (DHFR) Inhibitor

CC-90010 is a Reversible and Orally Active BET Inhibitor