The class III histone deacetylases (HDAC) are also known as the sirtuins. They are a member of the sirtuin family of proteins (SIRT1~7) and homologs of Sir2 (Sir2p) in yeast. SIRT1 shares a domain of about 275 amino acids with other sirtuins. It uses NAD+ to mediate the deacetylation of histone and non-histone proteins and consequently contributes to regulating various cellular functions including control of gene expression, differentiation, metabolism, aging, and tumor suppression. The yeast Sir2 gene is the defining member of a broad family of NAD+-dependent deacetylases in organisms ranging from bacteria to humans. In this study, Splitomicin is a potent inhibitor of Sir2. It is a member of the class III HDAC protein family. Splitomicin inhibits NAD+-dependent HDAC activity of the Sir2 protein. It is a suppressor of SIRT1 and 2, whose biological functions are relevant to genomic stability, DNA repair, p53-mediated apoptosis, and adipogenesis. 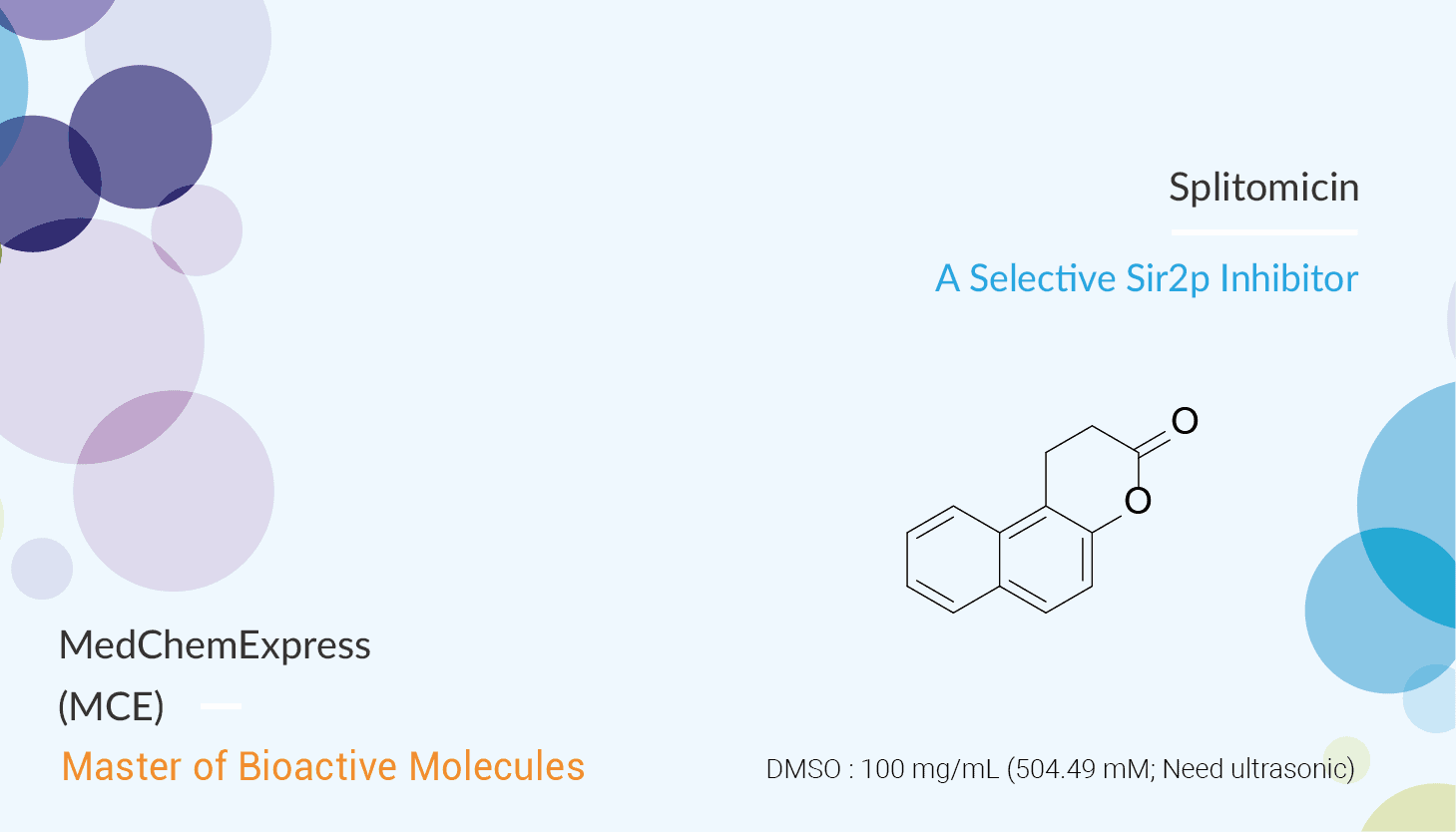 In summary, Splitomicin, a cell-permeable lactone, is a potent inhibitor of Sir2. Splitomicin inhibits the aggregation of human platelets.

MK-2206 is an Orally Active and Selective Allosteric Akt Inhibitor

Telaglenastat is a Selective and Orally Active Inhibitor of Glutaminase 1