Poly(ADP-ribose) polymerase (PARP) is an important protein in DNA repair pathways especially the base excision repair. . PARP proteins compose of two ribose moieties and two phosphates per unit polymer. PARP inhibitors represent a successful example of precision medicine as the first drugs targeting DNA damage response to have entered the clinic. Besides, PARP inhibitors act through synthetic lethality with mutations in DNA repair genes and approved for the treatment of BRCA mutated ovarian and breast cancer. In particular, Senaparib is a PARP inhibitor. 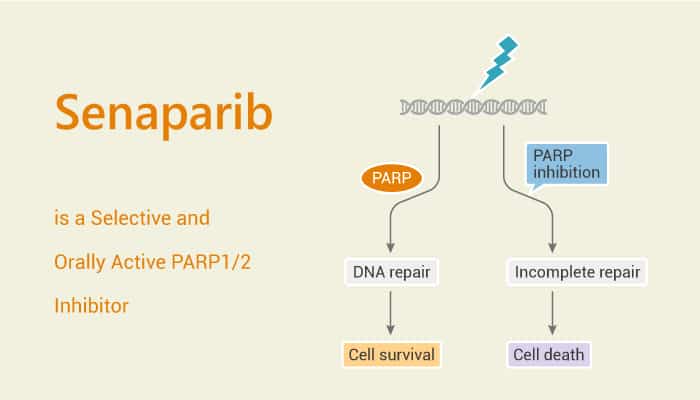 Senaparib (IMP4297) is a novel agent targeting PARP. Furthermore, Senaparib has superior safety and has the potential to be the best-in-class. In addition, IMP427 has great potential as a monotherapy as well as in combination with other agents. So far, over 100 patients with advanced solid tumors are treated with Senaparib. Initial clinical results show that comparing to other PARP inhibitors currently on the market and in clinical trials, Senaparib has a wider therapeutic window and a better safety profile. As a result, Senaparib is more suitable for patients taking the drug chronically such as in maintenance therapy. Therefore, Senaparib has the potential to be the best-in-class PARP inhibitor.

Triciferol is Both a VDR Agonist and HDAC Antagonist