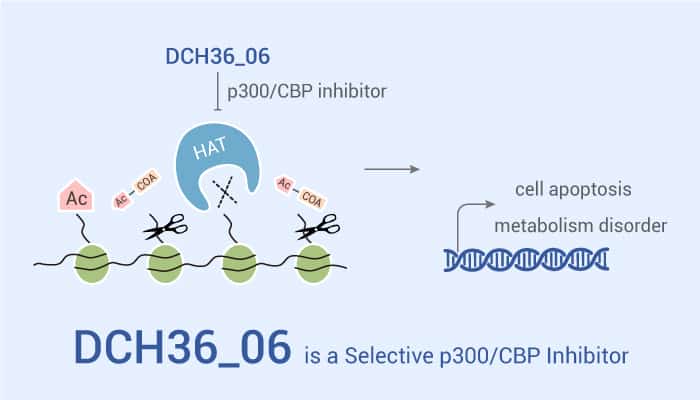 In conclusion, DCH36_06 is a potent and selective p300/CBP inhibitor with strong anti-tumor activities both in vivo and in vitro.