PARPs are implicated in a variety of cellular metabolic processes including DNA-damage repair and mitotic spindle formation. In particular, PARP1 is essential in repairing DNA single- and double-strand breaks. For example, PARP1 Inhibitor Olaparib is an effective synthetic lethal strategy in cancer. 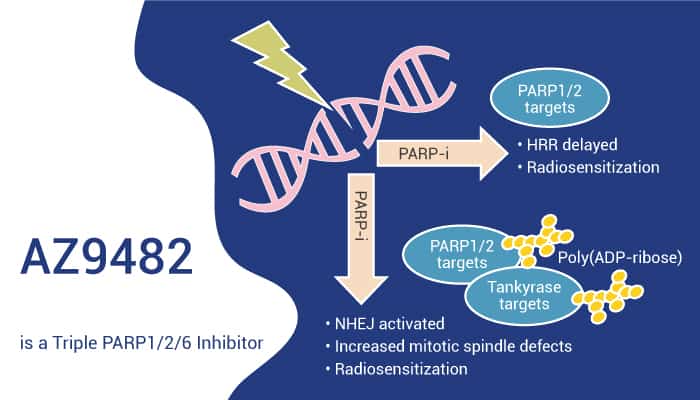 AZ9482 is a potent MPS-inducing agent discovered via a high-content screen of phthalazinone-based NAD+ mimetics. Additionally, as with all olaparib-like molecules, the AZ9482 phthalazinone core mimics the adenine of NAD+ and is essential for PARP family binding; this moiety retains in our AfBP design, along with the central phenyl ring. During the pharmacokinetic optimization of AZ9482, scientists demonstrated that altering the pyridine group is tolerated in MPS assays. While the 3-nitrile is a key backbone hydrogen bond acceptor, the 5-position represents a convenient point from which to build out into a solvent channel with a small photocrosslinkable clickable moiety.