Fibroblast growth factors (FGF) are a family of cell-signaling proteins, which are involved in many processes, especially as the key factor of normal development. In addition, the FGFR family consists of a group of four homologous receptor tyrosine kinases. Besides, FGF1 was a member of a family of FGF proteins. Moreover, protein phosphorylation is a common mechanism for signaling nucleation and regulating many cellular processes. Furthermore, the inhibition of protein tyrosine kinases (PTKs) has attracted a lot of attention over the past few years as a strategy for impeding cellular proliferation. Meanwhile, c-src has been reputed to participate in PDGFR, FGFR, and EGFR mediated signal transduction pathways, and like RTKs, the abnormal regulation of c-src is relevant to neoplastic growth. PD-161570 is a potent inhibitor of FGF-1R, PDGFR, EGFR, and c-Src tyrosine kinases. 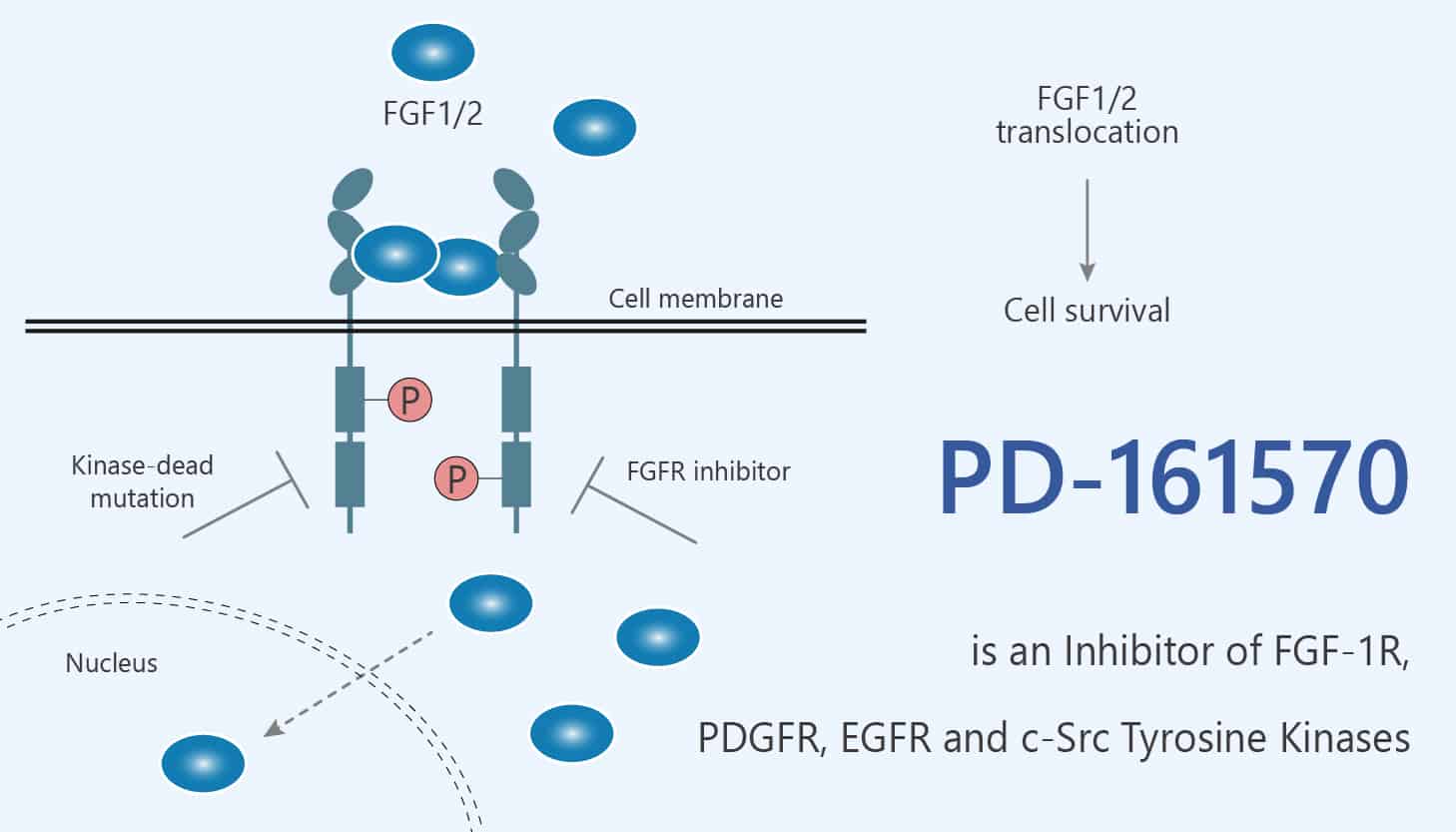 SD-1029 is a JAK2/STAT3 Activation Inhibitor